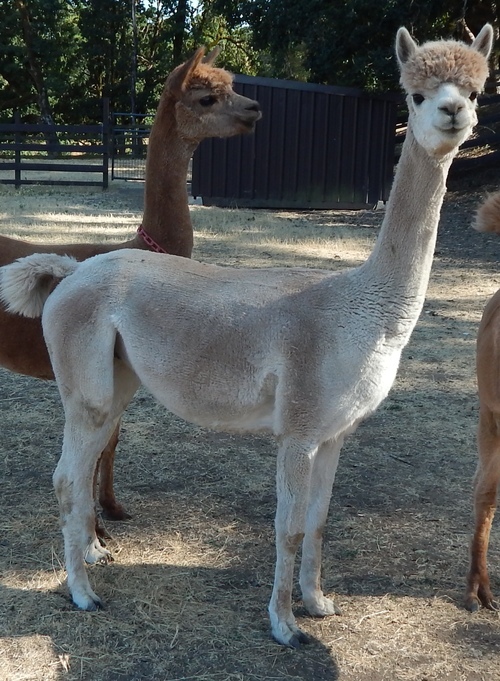 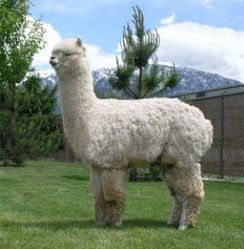 Ask a question
Details
Dancing Rose has a wonderful pedigree that can't be beat. She is a picture of perfection with her beautiful head and correct conformation She has a sweet disposition and is easily handled. Her soft as soft fiber is a light fawn with some vicuna markings.